Starting with an aggressively strummed and filtered guitar track that supports a well recorded and performed lead vocal.  East Harbor “Lucid” wastes no time getting to the hook.  The snare and bass are mixed aggressively compressed delivering a powerful driving beat.  I’d compare “East Harbor” to Twenty One Pilots but then the bridge happens and there is a fairly epic guitar solo which I’ve never heard in a Twenty One Pilots track, maybe I’m not familiar enough with their catalog but I definitely don’t remember one in “Stress”.  The guitar solo is reminiscent of John Frusciante or Pink Floyd.  The hook contains an atmospheric background vocal which I found endearing.  “Lucid” is all about lucid dreaming and is a quick listen, less than 3-minutes, and is over far too soon to the point where I found myself putting “Lucid ” by East Harbor on repeat.  Check it out below as well as more information on the band!

Central Florida Alternative band, East Harbor, serves up an impressive combination of driving drums, rhythmic and compelling lyrics, and a flashy retro guitar solo in their latest release ‘Lucid.’ The song, like the band itself, may be a bit tough to categorize, but fans of the band’s rap-tinged alternative sound will undoubtably appreciate this stream-of-consciousness styled track. It employs just enough pop sensibility to get stuck in your head before throwing down a shimmering guitar solo that serves to remind you that East Harbor, at their core, is a rock band who is not afraid to venture into pop territory.

While this release is not a first for East Harbor, the foursome has been writing and recording a collection of songs over the last two years and are incredibly excited to share this first track. This is what the band had to say about it:

“Josh doesn’t always show up to practice on time, but when he does, he shows up with Lucid.” – Robby Staggs

“From the moment Josh randomly started tapping on his guitar, we knew it was going to turn into something special.” – David Gonzales

“After two years in the studio, we couldn’t be more excited to present our latest single. We believe that ‘Lucid’ will justify the wait.” – Cory Kouns

“Not true. I always show up for practice…eventually.” – Josh Dobson

Please give ‘Lucid’ a listen and acquaint yourself with this fresh, young band, who is developing their distinct genre-blurring style. For fans of: The 1975, Twenty One Pilots, Fall Out Boy, Coldplay, and Maroon 5 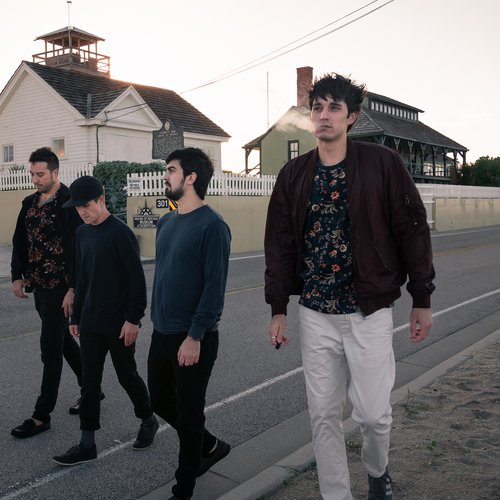